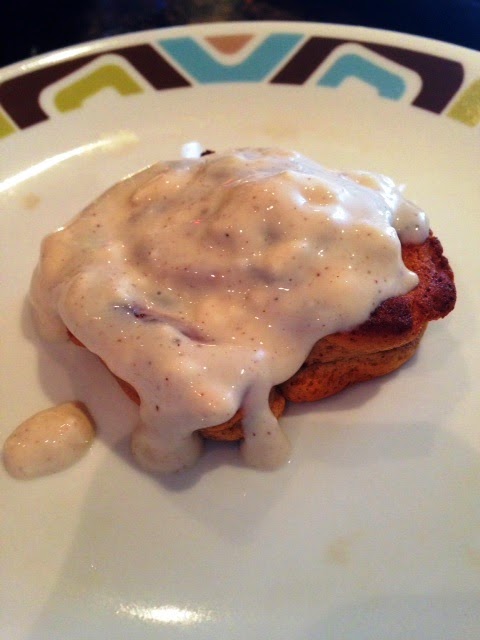 Low Carb and Delicious. This hits the sweet spot for cinnamon rolls or sticky buns, the key is the icing. It’s so easy, it really shouldn’t count as a recipe.

Line a baking pan with parchment paper- you don’t need a big one.
Take the Quest bar and flatten in between your fingers the best you can. Then cut it in half lengthwise- think two hot dogs. Roll the two pieces around each other in the shape of a cinnamon bun. Bake at 350 for about 5 minutes. Keep an eye on it. You should be able to tell when it’s done by how warm and expanded it is. Heat it to your liking.

Meanwhile, mix all remaining ingredients well in a bowl or food processor. Remove the stick bun from the oven and pour the icing over while still warm.

Let’s Compare Atlanta Bread Company’s Sticky Bun to this one: 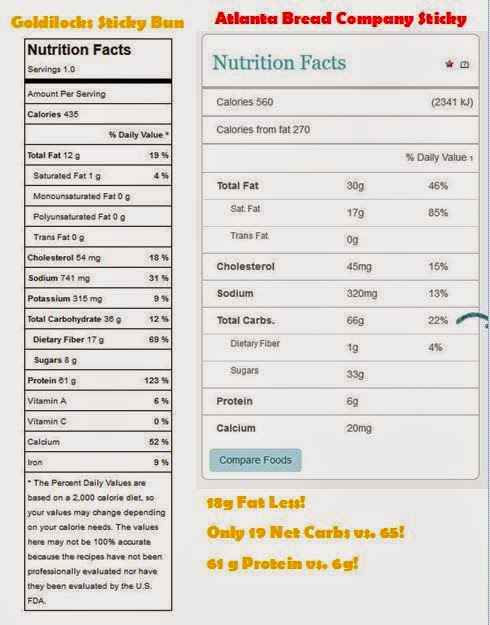