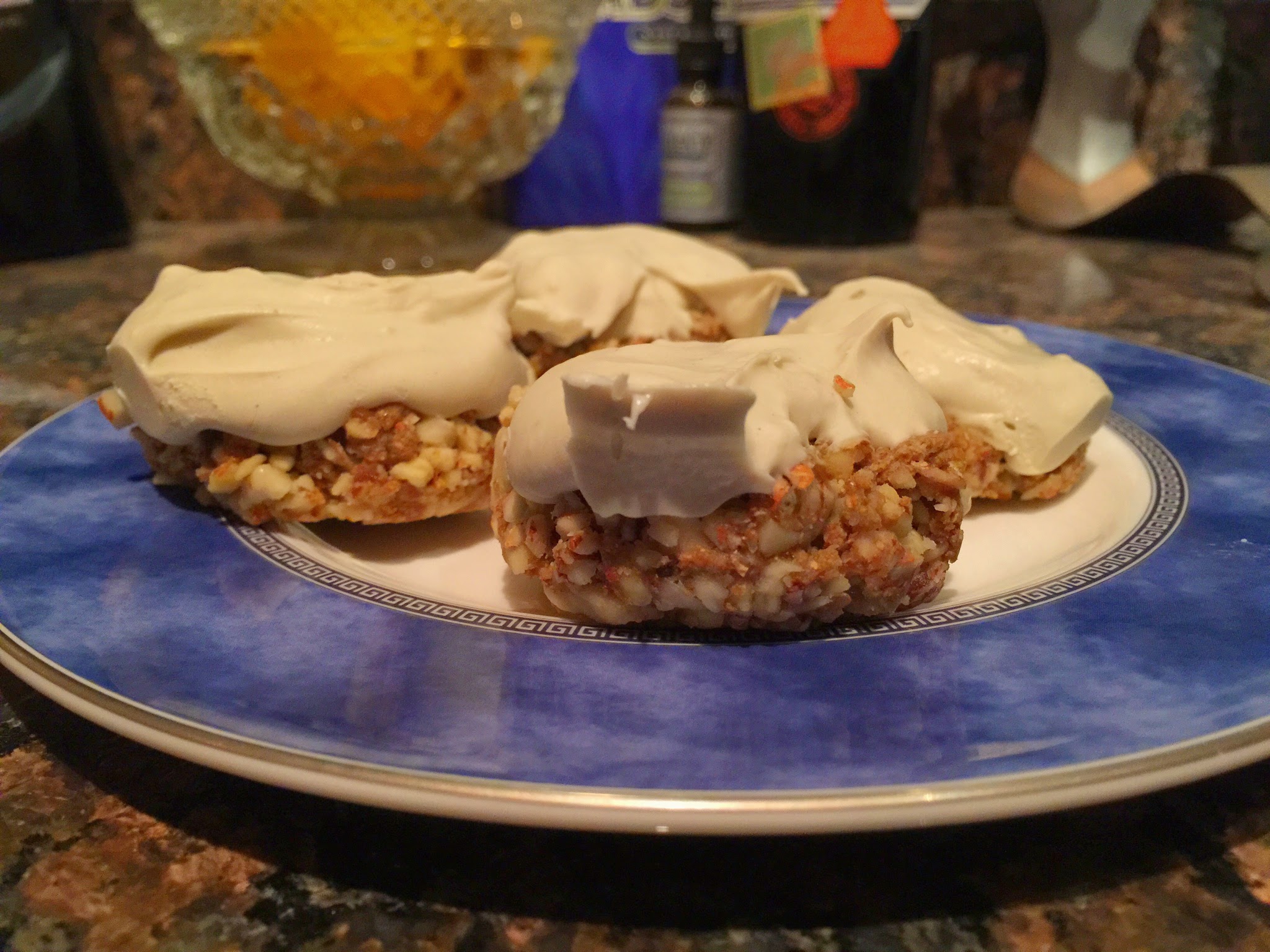 These mini tarts are divine! They are rich, creamy, and delicious. However, this macro friendly recipe is a great healthy dessert, that only takes 5 minutes to whip up! 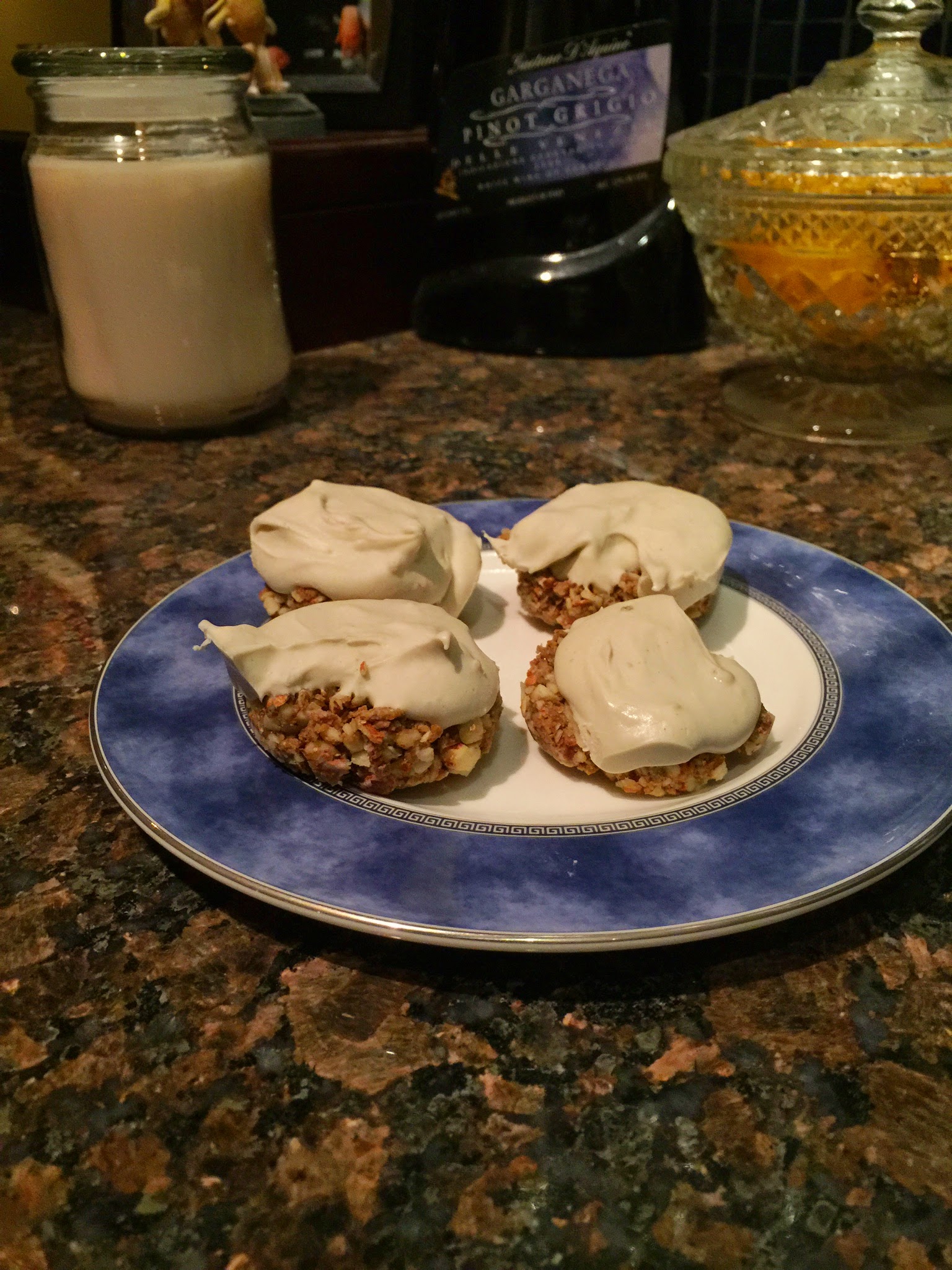 Let’s take a look at one serving (two tarts) vs. one slice of Whole Foods Fruit Tart. (Data came from Livestrong) 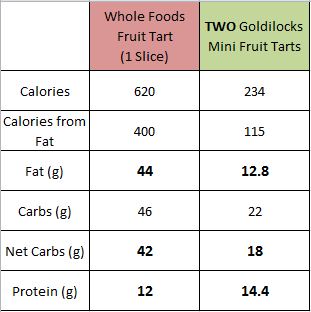 You get more protein with my two tarts while getting less than half the fat and carbs!

Begin with your food processor. Add all ingredients for the crust into the processor and allow to process for about 30 seconds. Stir the mixture and scrape the sides and allow to go for another minute or so.
Now comes the messy part (Make sure you’ve washed your hands)! Grab chunks of the crust mixture and form into a ball the size of a golf ball. Once you pack the ball tightly, flatten into a disc and put into the muffin silicone mold. Repeat until the mixture is used up.

Now mix all the ingredients for the topping in the food processor (no need to clean it out between the crust processing and this mixture). Pulse a few times, then process for about ten seconds. Stir and scrape the sides again. Then process for another 30 seconds or so.

Spoon on top of the 12 crusts.

Chill in the fridge for about an hour then serve. If you’re not going to eat them within 24 hours, I recommend freezing them.  When ready to eat, just take out and let defrost for ten to fifteen minutes before eating. Enjoy! 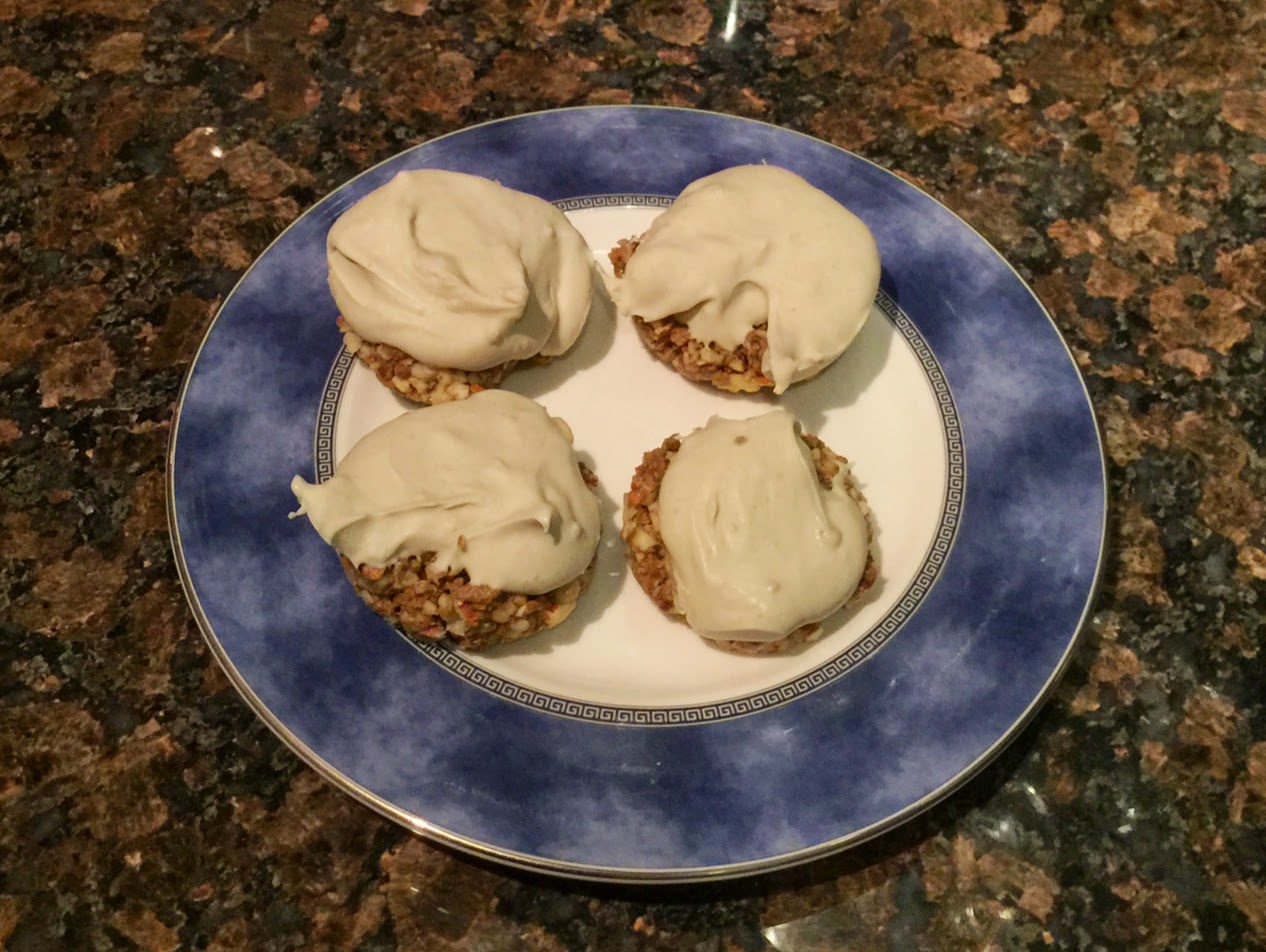 I wanted to fill you all in on my morning secret drink! It’s delicious, low calorie, low sugar, and gives you caffeine from natural tea sources.

**This is not a paid sponsorship, this is truly a product I drink every morning and occasionally once more in the afternoon** 🙂 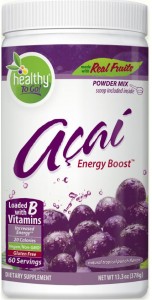 Why Do I Love it? In only one serving it has:
-A great flavor!
-It’s loaded with B Vitamins
-It only has 1 gram of sugar
-It has 100% of your Vitamin C needs
-70 mg of natural caffeine from yerba mate and green teas.
-Apple, grape, cocoa bean, and green tea extracts 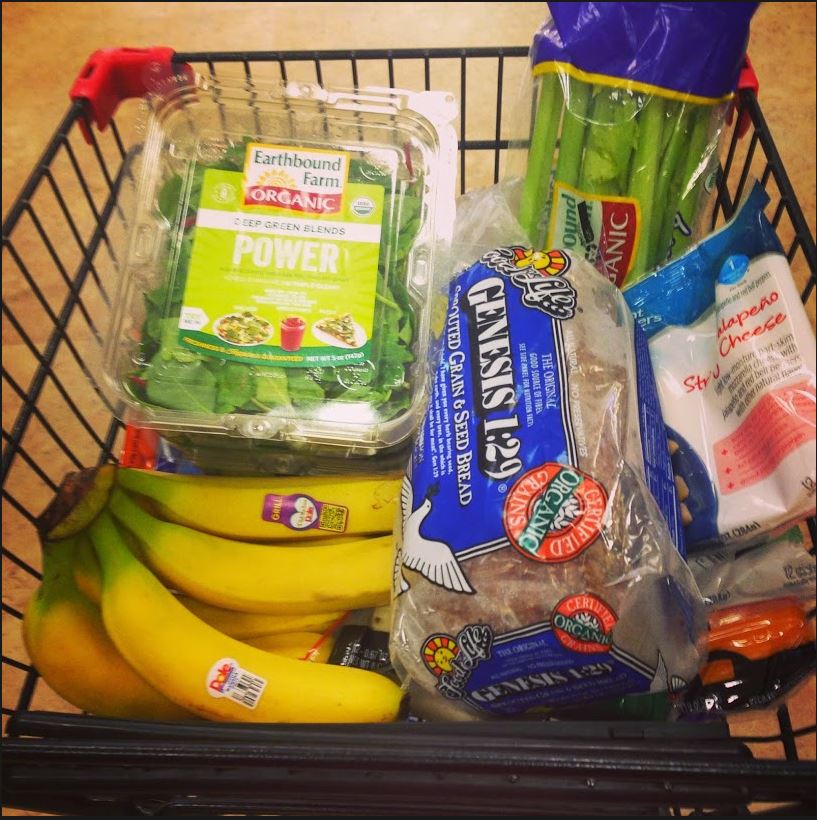 This is my go-to grocery list- it may vary due to specific recipes I want to make, but you will have a well stocked pantry if you follow along with this Downloadable Grocery List. Feel free to click the link to print your own copy! 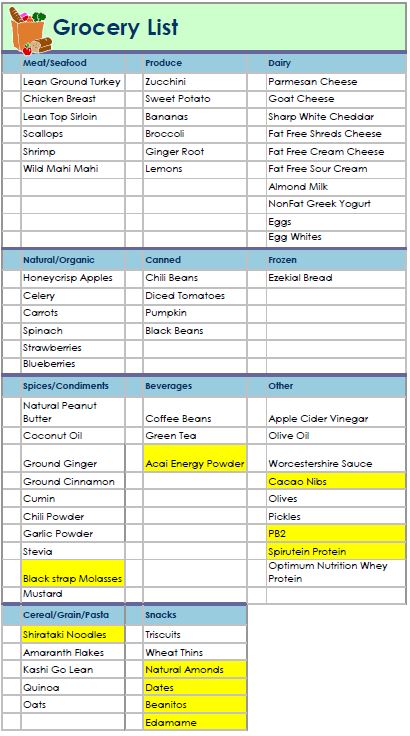 Anything highlighted is much cheaper on Amazon prime when you buy in bulk! 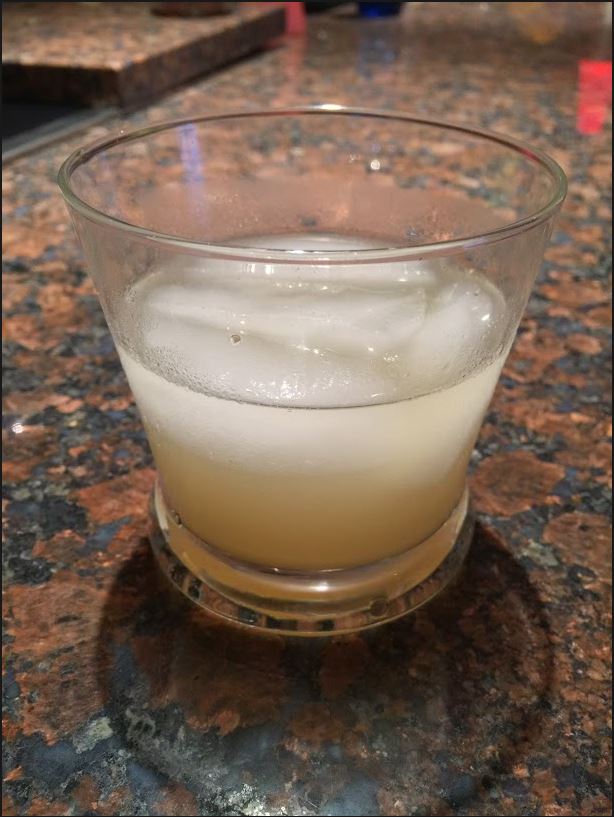 I LOVE GINGER! I seriously have an addiction that is only satisfied with copious amounts of ginger drinks, goodies, and of course Reed’s Ginger Chews. I recently went crazy and bought 11 pounds(!) of Ginger chews from Reed’s. They probably thought I was a small store.. Nope just a ginger crazed surfer girl from Ponte Vedra. 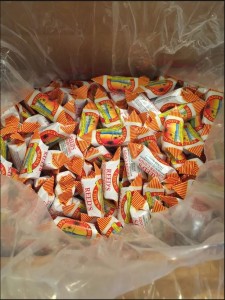 Anyways, I also love Reed’s Extra Ginger Brew that boasts 26g of fresh ginger. However, at 37 carbs per serving, ugh, that is not acceptable for my daily addiction. Hence, my ginger brew was born 🙂 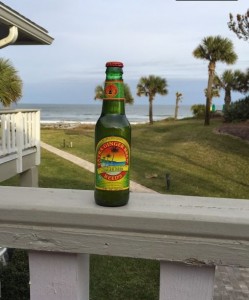 Now before you go jumping on the crazy train and brewing your own, let me warn you that this recipe makes 6 Quarts of Ginger Brew! So please feel free to cut down on the recipe as you please. But this girl needs large quantities to make it through the two weeks I take in between brewing batches…

Also, this batch is not carbonated. I will be putting a carbonated version out later. This batch tastes great when cut with some lime seltzer water- then you have your bubbles 😉

1 lb. Fresh GingerRroot -leave the skin on (I blend it up, but you could grate it if you’re looking for an arm workout too)
Zest of 4 Lemons
Juice of 4 Lemons (reserved for later)
1/4 cup Blackstrap Molasses
1 Tbsp. Ground Ginger
2 Cups Stevia (Measures cup for cup with Sugar-reserve this for later)

You need large pans for these quantities, if you cut the recipe in half you will be fine with normal pots.

In a large stock pot, add six quarts of water and turn the burner to High. Meanwhile, rinse the ginger and throw it in the blender.  Zest the 4 lemons with a grater or zester. Add the ginger, the ground ginger, the molasses, and the lemon zest to the water. Allow to reach a boil, then turn the burner down to medium and simmer for 45 minutes.

While the ginger is boiling, juice the 4 lemons and lay out a large bowl in the sink (I used a large crockpot and large mixing bowl). Put the colander over the bowl.

After the mixture has simmered for 45 minutes, strain it through the colander into your two large bowls. Pour the lemon juice and the stevia into it and allow it to cool completely. Taste test to see if you would like more stevia, but I personally don’t like things overly sweet.

Allow the mixture to cool completely. This will take awhile. Once cooled pour into pitchers or bottles, depending on your preference. I use a 2 Quart Pitcher and 4 -32 oz. bottles.

Store up to two weeks in the refrigerator. 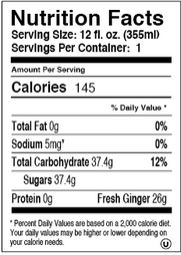 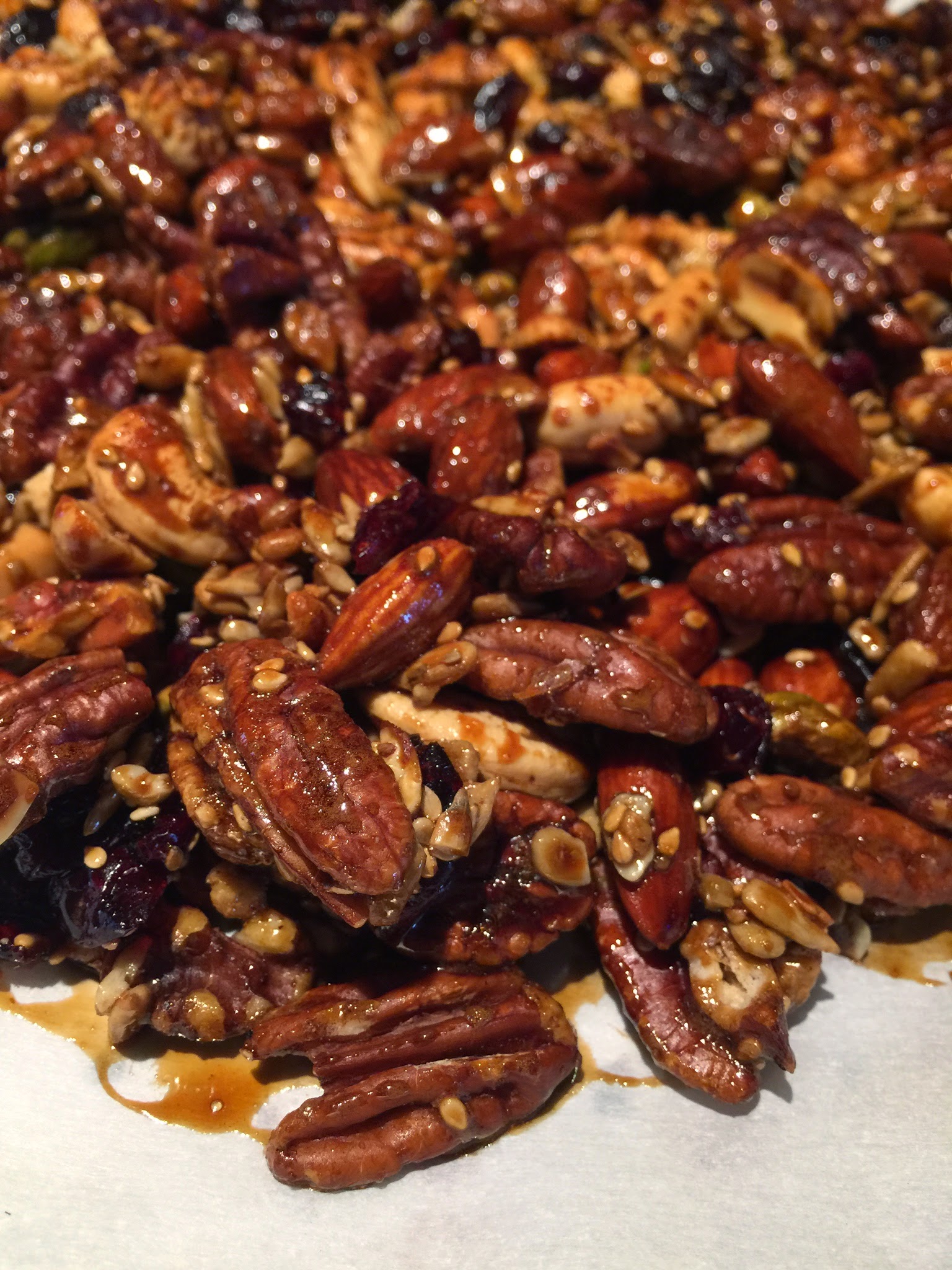 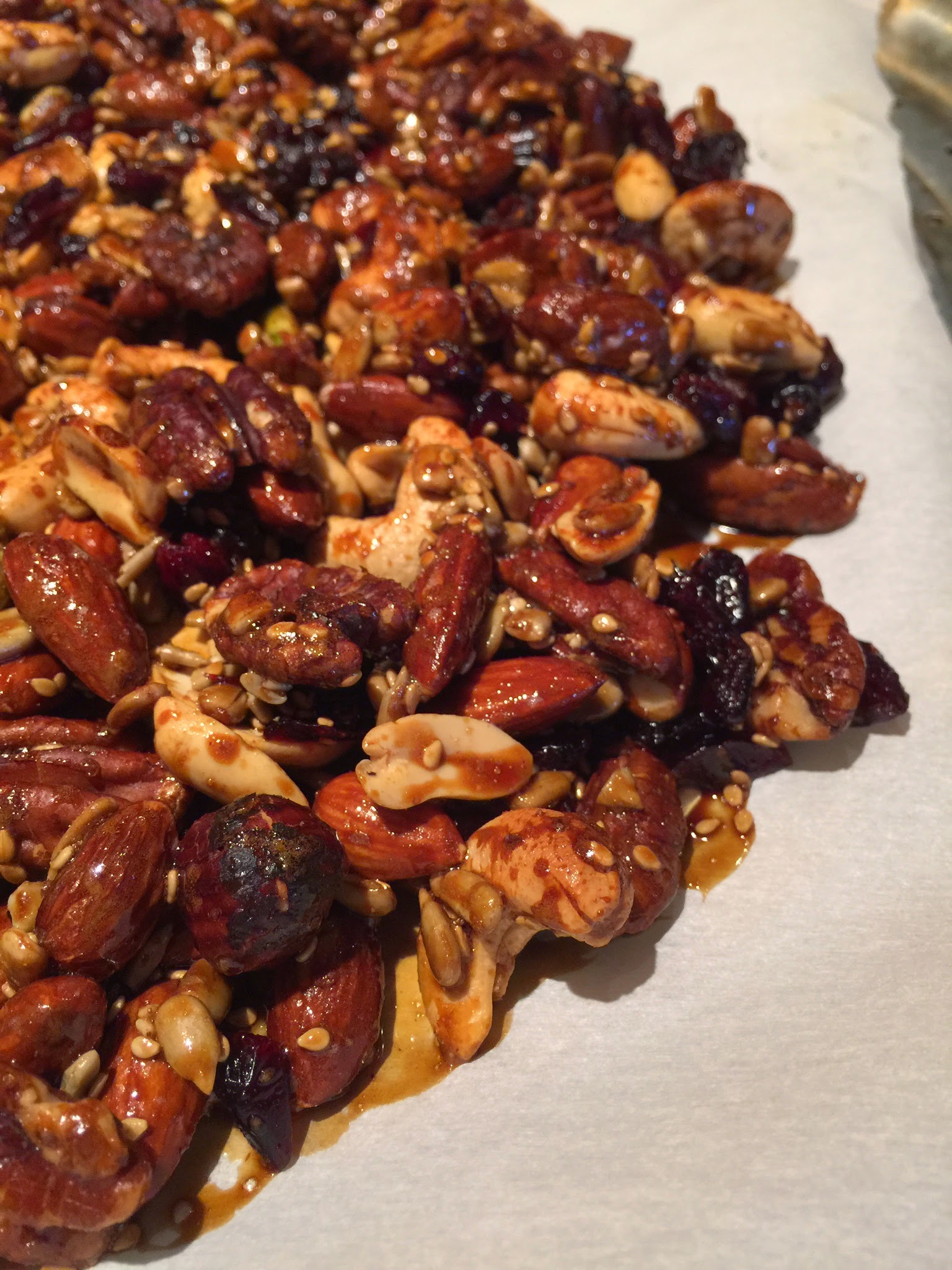 Bake for 10 minutes, but watch carefully near the end. Depending on your oven they may need a minute more or less.

Remove from the oven and allow to cool completely on the oven before breaking them up. Store in an airtight container.